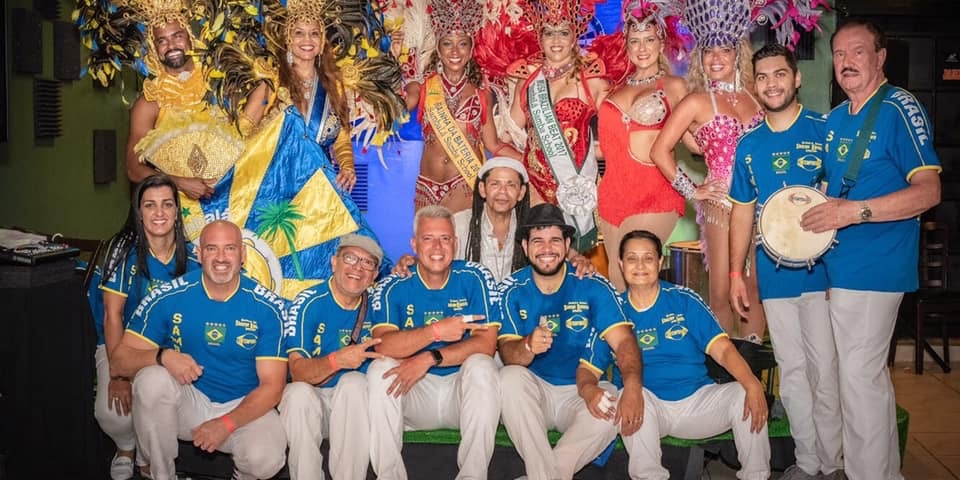 The Heartbeat of the School

The bateria or samba drum corps is the heart or “heart-beat” of the samba school. SambaLa offers everyone a spot to play with the drum corps from those who have never played to experts in percussion. They all fit together! And we have the instruments if you do not have your own.

We also have samba singers if you like to use your voice instead of a drum stick! We practice weekly at our SambaLá Rehearsal Space.

Claudio da Silva may have more experience with samba schools in the United States than any person alive. in the late 1980s, Claudio helped form numerous samba schools in the city of New York which went on successfully for several years with parading and rehearsing and samba themes.

Some 20 years ago, Claudio moved to Florida establishing himself in the music community Southern Florida, now teaching in Miami’s school system.

In 2018, Claudio took over the SambaLa Bateria and has risen it to new levels.

Our samba singers are the ones who give a story and melody to the great rhythms of the bateria.

The music director is none other than David de Hilster, the president of the samba school. Did you know that David’s first samba drum lesson ended in less than 5 minutes with the drum teacher saying to him: “You have no hope”. That only made David try harder! David is also one of the samba singers for the group.